Insights for your Private Luxury Tour to San Sebastian

For generations, Spanish and European nobility have chosen to summer in San Sebastian (Donostia in Basque). This playground of kings and courtiers remains one of Spain’s most expensive, exclusive cities. It is no surprise that San Sebastian is home to the world’s highest concentration of Michelin-starred restaurants per square meter. Elegance was baked in long ago.

Of course, San Sebastian indulges the very, very wealthy, but it saves ample, romantic charms to share with all its visitors. Noblesse oblige. Tucked between mountain and sea, the city delivers postcard-worthy vistas. A glimpse of Santa Clara island in the bay from higher spots around the city is a top-of-the-world experience. In addition, the city has installed sculptures by Chillida, Oteiza, and Cristina Iglesias in its streets. Harmonious architecture and urban design optimize this gorgeous location— a Belle Époque selfie heaven.

San Sebastian’s beach, called “La Concha”, has been voted the world’s top “city beach”. Compared to all beaches, it is regarded as the best in Europe and the fourth-best in the world according to TripAdvisor. So beloved is this beach that Spain’s version of the Oscars, the San Sebastian International Film Festival, calls its award a “Concha”.

A predictably favored conference venue, San Sebastian offers diverse leisure and cultural activities year-round. Yet, it keeps its quiet and stately ways. Classical music events and spectacular gastronomic experiences make it a perfect destination for foodies and other cultural travelers.

Included in the Bespoke Tour:

Not included in the Bespoke Tour: 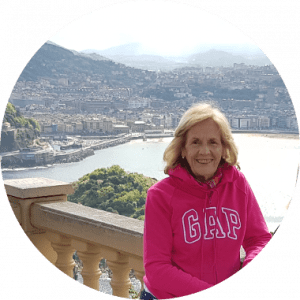 Aitor is the best tour guide in the Basque Country! Thanks to his profesionalism and warmth personality Quela, Martita & Edgardo could achieve a long waited dream. They toured every corner and they could research, visit and know their ancestors. Excellent. Thank you, thank you for your wonderful assistance!!! We will chose you a thousand times more! 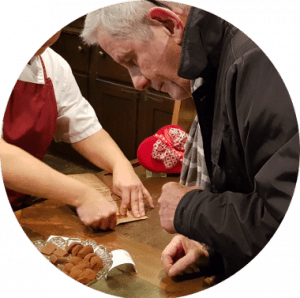 He took the time to alter the tour to meet our needs (...) Aitor not only shares his knowledge with you, he listens to what you have to say. (...) He took us to various bars and cafes, frequented mainly by locals, so we could experience the local food scene. (...) His english was excellent and he was a delight. 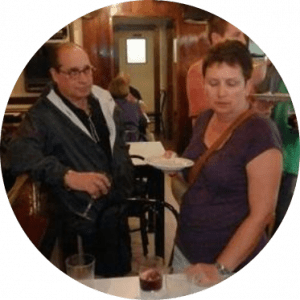 We had a wonderful afternoon with Aitor, visiting a winery, a chocolatier, and San Sebastián. He was most accommodating, tailoring the trip to whatever we desired. He is very knowledgeable and enthusiastic about the region. Pintxos tasting in San Sebastián was the highlight of our evening. I would highly recommend a tour with Aitor.

Please, provide your details below and we will contact you as soon as possible
to start designing your San Sebastian luxury private tours.

When you choose a tour with Aitor Delgado, you can be sure that you
will enjoy an unforgettable day discovering the culture and history of
San Sebastian, beside the best guide to explain everything.